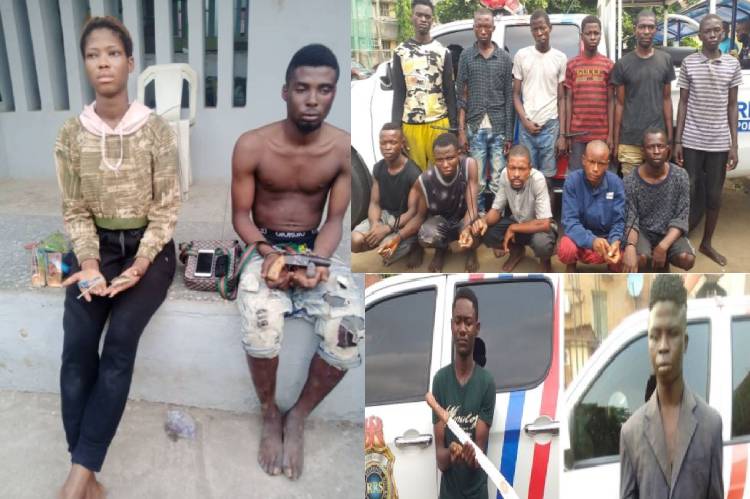 The police operatives attached to the Rapid Response Squad, RRS, of the Lagos State Police Command, have arrested 13 suspected traffic robbers in Oshodi and Ketu (Alausa) areas of the state.

Also arrested were two robbery suspects, including a female.

This is as it intensified efforts in mopping up criminals suspected to be attacking motorists and commuters in traffic.

The suspects were arrested between Friday 29th and Saturday 30th January, 2021.

The arrest came on the heels of the 4-day surveillance of black spots in Oshodi and Alausa (Ketu) with a view to weeding out criminals in the areas where it was reliably gathered that the suspects, most of who pretend to be load carriers in Oshodi, but abscond with travellers’ loads at dawn and at night.

A statement issued by Muyiwa Adejobi, Police Public Relations Officer, PPRO, Lagos State Police Command, said it has also been gathered that they often attack and rob unsuspecting Lagosians, especially travellers and commuters, in the areas. 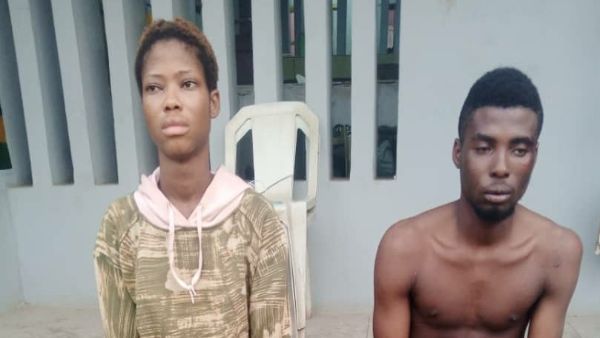 “The suspects were picked up by the Rapid Response Squad’s (RRS) Commander, CSP Olayinka Egbeyemi’s led team between 10:45pm on Friday and 4:30am on Saturday at Oshodi Oke and Alausa respectively.”

While the other two suspects, Saviour Nwoko (21) and Ayomide David (19) were caught in the act by the team, at different locations, with matchete and stolen phones in Alausa Lagos.

David, alias Sharwama, one of the suspects and ex-convict, has disclosed to the police that his gang use to operate along Olowopopo Road, Ojodu and Ojota.

In another development, police operatives attached to Meiran Division of the command have arrested two suspected armed robbers at Ikola Ipaja Bridge, while on pin-down point, on 27th January,2021 at 1120pm.

The suspects were stopped on a motorbike before they were arrested and searched. Upon search, One locally-made pistol, charms and weed suspected to be Indian hemp were recovered from them.

The 2 suspects are Oluwadamilare Folami, 22 and a female, Desire Chukwu, 21.

The Commissioner of Police, Lagos State, CP Hakeem Odumosu, has directed that the 15 suspects be transferred to State CID Panti, Yaba for proper investigation, while he assured the good people of Lagos State of adequate security and conducive environment to live in and do businesses as expected. 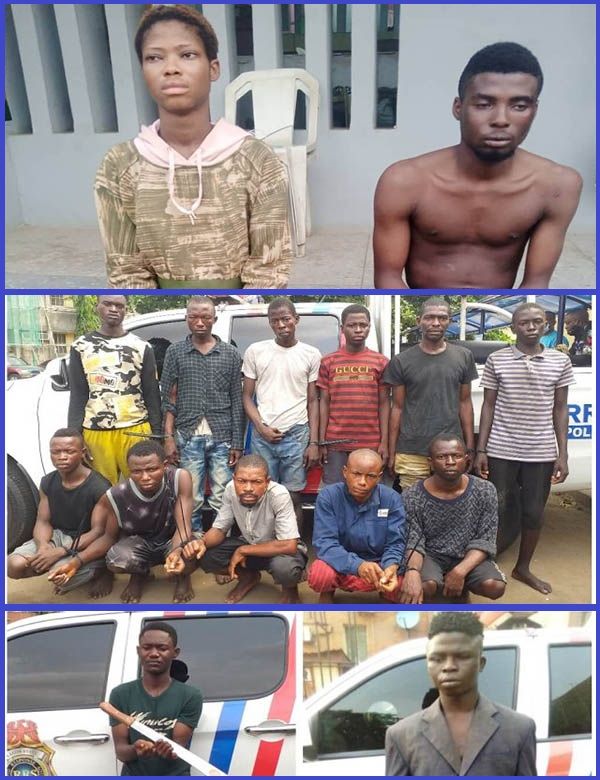