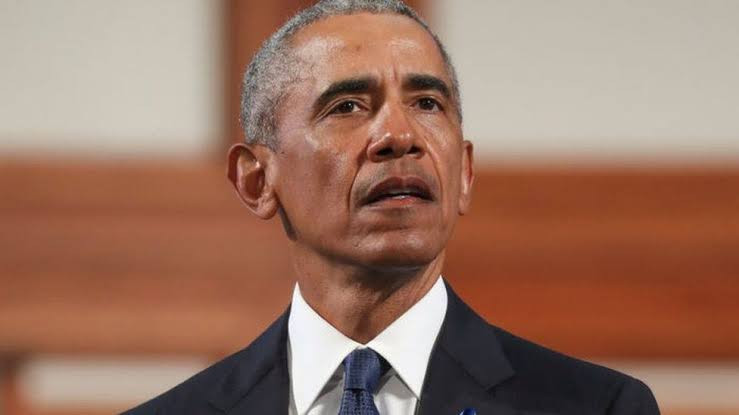 Former US president, Barack Obama has released a statement addressing the terrorist attack outside the Kabul airport on Thursday, that killed and injured over 100 persons.

The statement released Friday morning, August 27 grieves with the over 90 Afghans who were killed, while he also sent his condolences to the now 13 confirmed US service members who were killed.

Below is the full statement:

“Like so many of you, Michelle and I were heartbroken to hear about the terrorist attack outside the Kabul airport that killed and wounded so many U.S. service members, as well as Afghan men, women, and children.

“As president, nothing was more painful than grieving with the loved ones of Americans who gave their lives serving our country. As President Biden said, these service members are heroes who have been engaged in a dangerous, selfless mission to save the lives of others. Our hearts go out to the families who lost a loved one, and to everyone continuing the mission in Kabul. We’re also thinking of the families of the Afghans who died, many of whom stood by America and were willing to risk everything for a chance at a better life.

“May God bless the memory of those we lost, and protect those who remain in harm’s way.” 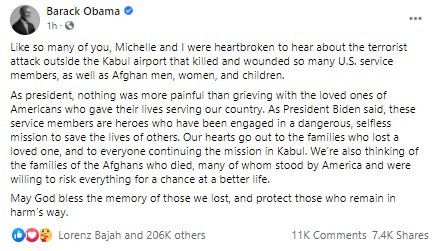 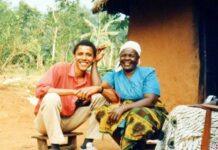 Barack Obama Reacts To The Death Of His Grandmother ‘Mama Sarah’ 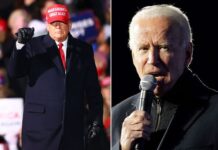 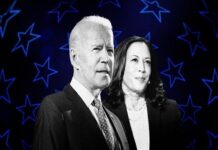