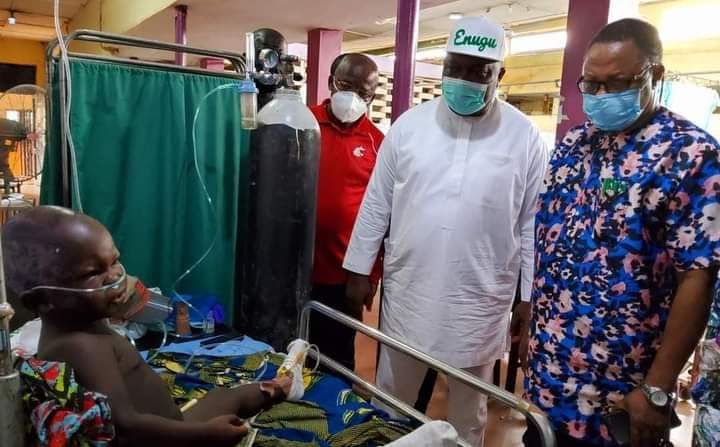 Governor Ifeanyi #Ugwuanyi of #Enugu State, on returning from Abuja on Sunday, after participating in a series of meetings of the Peoples Democratic Party (PDP), visited the ESUT Teaching Hospital, Parklane, Enugu, to empathise with survivors of the unfortunate fire incidents caused by adulterated kerosene sold in Igbo-Etiti Local Government Area of the state.

Gov. Ugwuanyi had through a statement earlier issued by the Commissioner for Information, Nnanyelugo Chidi Aroh, commiserated with the families that lost their loved ones as a result of the adulterated petroleum product as well as victims who suffered bodily injuries or loss of property.

The governor had also ordered thorough investigation into the sad incident to fish out those responsible for importing and distributing the harmful product in the state, announcing that his administration will take care of all medical expenses.

He equally directed the Commissioner for Health, Dr. Emmanuel Ikechukwu Obi and the ministry’s Permanent Secretary, Dr. Ifeanyi Agujiobi, to ensure that all those who suffered any bodily injury are effectively provided with the best available medical care at the expense of the state government.

Gov. Ugwuanyi who was received at the hospital by the Chief Medical Director, ESUT-TH Parklane, Enugu, Prof. Hyacinth Onah and the Permanent Secretary, State Ministry of Health, Dr. Ifeanyi Agujiobi, was accompanied by the State Chairman of the Peoples Democratic Party (PDP), Hon. Augustine Nnamani. 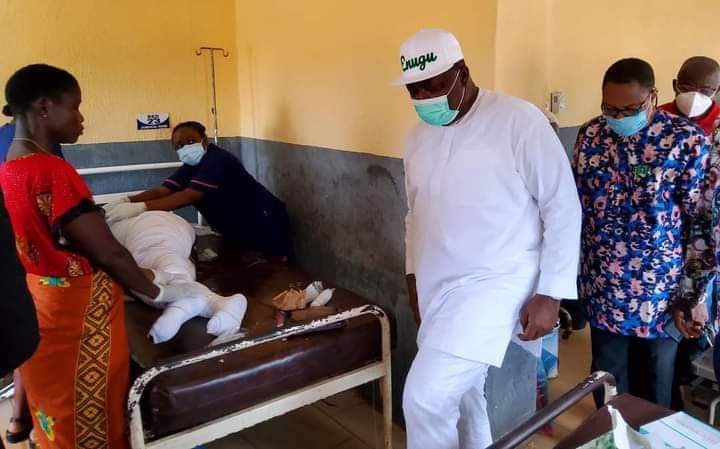 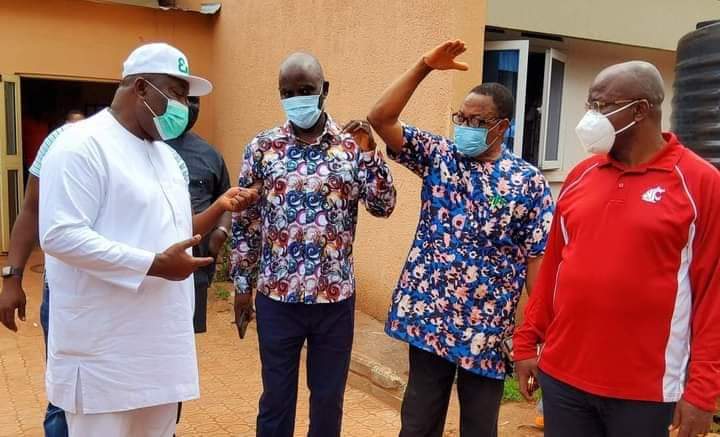 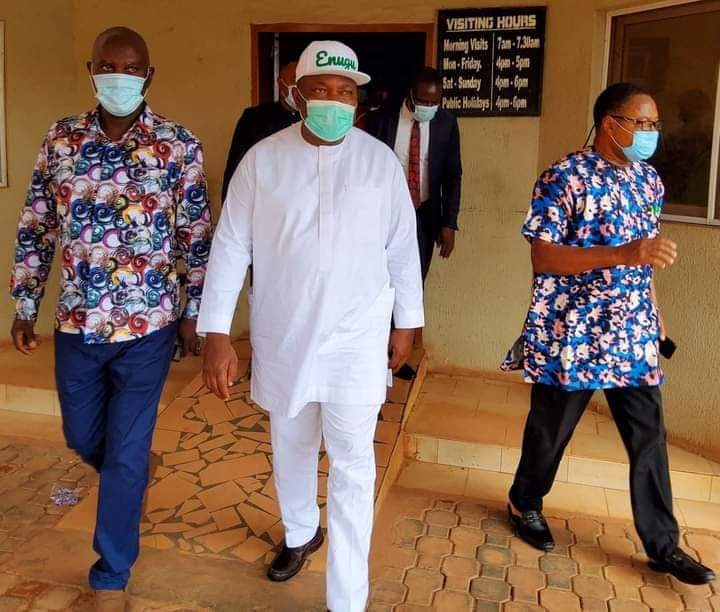