Rohr have revealed how Eagles will stop Egypt’s Salah.

Nigeria coach Gernot Rohr has given a hint on how the Super Eagles intend to stop Mohamed Salah at the 2021 Africa Cup of Nations, Goal.com have hinted.

Pooled in Group D against the Pharaohs, Guinea Bissau and Sudan, the three-time African kings will begin their campaign against the North Africans on January 11 at the Roumde Adjia Stadium.

The two-time African Player of the Year winner is one of the key men in Hossam El Badry’s and Rohr has nothing but the utmost respect for the Liverpool star’s ability.

“It is a big challenge to play against Egypt in the first game and a player like Mohamed Salah,” Rohr told Espn.

“It is a big challenge for all our defence and also for all our team. We will defend collectively against him of course, and we are growing together since a few years now and I believe our defence is able to be efficient against such a fantastic player.”

The 68-year-old stated that Nigeria have been handed tough opponents, claiming he wanted to avoid the Egyptians.

Regardless, Rohr assured Super Eagles fans his team would be well prepared for the competition especially the opening match against El Badry’s side.

“We have a tough group. Egypt, everybody knows and everybody wanted to avoid. But they are with us, it is okay,” he continued.

“Sudan also. They have a French coach, a friend of mine, who did a good job since he arrived there, coming out from a difficult group. Also, Guinea Bissau is not easy.

“I would like to win against the first two teams, and then I can bring in the third game, as I did in the last Afcon, the substitutes, and give rest to our starting players from the first two matches.

“If we win the first two matches it is not a problem, we are qualified and then we can change our team. But of course, nobody will be underrated, and we are not afraid of anybody.

“I think that the most important is to start well the competition. We will be very, very well prepared. We need to be ready for this first match against Egypt in Garoua.” 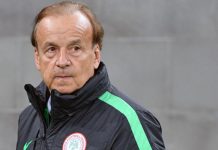 REVEALED: Why NFF Sacked Rohr, Replaced Him With Augustine Eguavoen 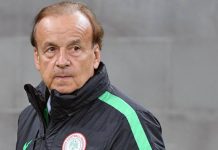 World Cup Qualifier: ‘It Was A Good Reaction’ – Rohr Relieved After Nigeria Win 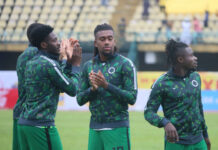 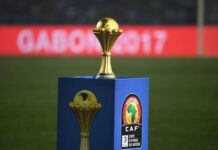