One person has died as gas tanker falls on vehicles on Lagos-Ibadan Expressway. 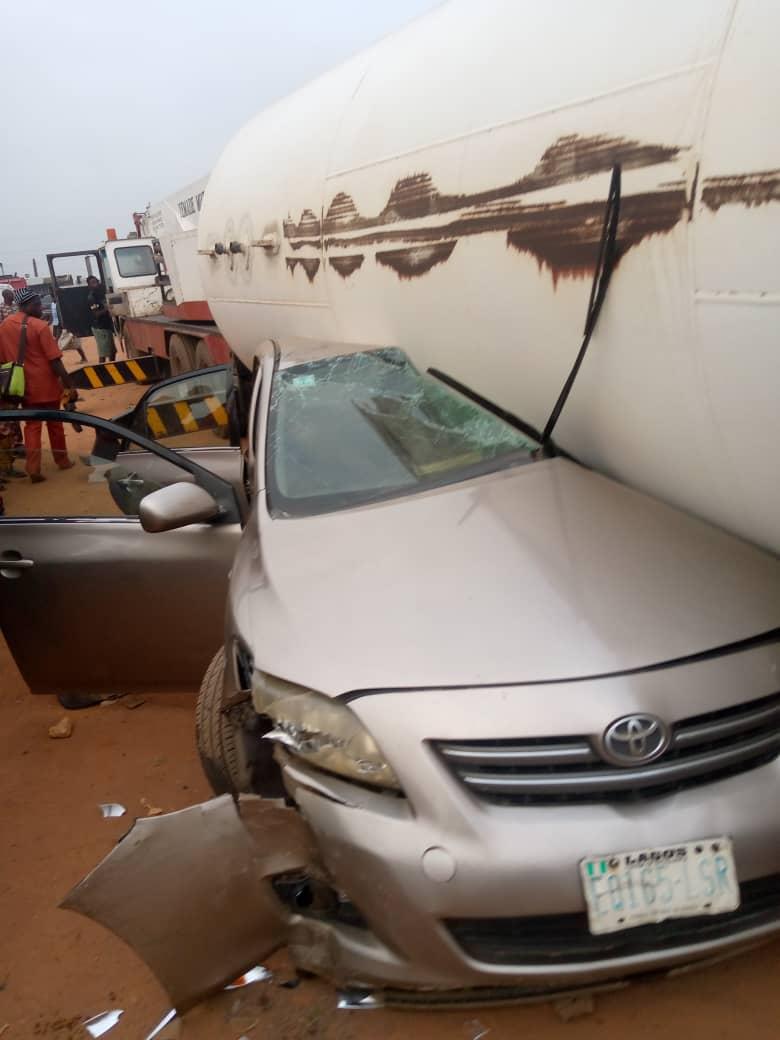 One person was killed after a gas-laden truck fell on two vehicles.

According to Newspremises, the incident happened at Orimerunmu area on the Lagos-Ibadan Expressway, on Saturday, August 14, 2021.

It was gathered that the gas-laden truck lost control and fell on both the Sienna and Corolla car.

He stated that the deceased had been deposited at the morgue of Famobis Hospital in Lotto.

He said that the rescue team included the TRACE, police and the FRSC.

Akinbiyi said the driver of the gas-laden truck ran away.

“The gas-laden truck lost control due to overspeeding and the tanker fell on both the Toyota Sienna and Toyota Corolla vehicles, all of which were outbound Lagos (moving out of Lagos).

“The Toyota Corolla car consists of the father, mother and two minors (their children) while the Toyota Sienna consists of a male (the driver) and 2 females who escaped unhurt.”

He however, commiserate with the family of the deceased, and urged tanker drivers to maintain their vehicles properly as well as control their speed. 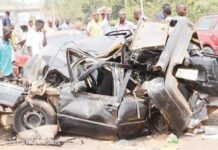 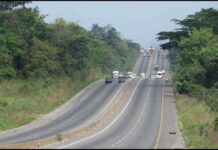 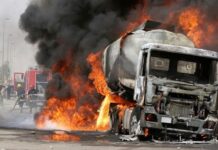 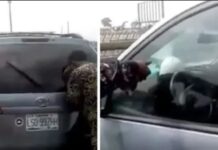 SAD! Two Lovers Found Dead Inside A Car In Ogun 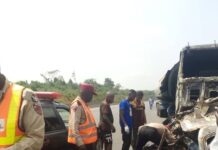 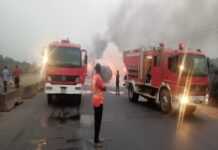