A Nigerian, simply identified as Janedonez has taken online to share photos of the huge python that was killed in a village in Abuja.

From below photo it can be seen that the huge python was cut into pieces ready for a mouth watering meal. LOL. 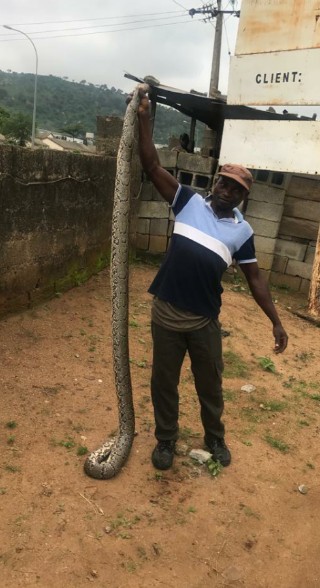 Below is what he wrote:

“It is not always that the snake or other reptiles like the Python bite or swallow humans. Between humans and all these deadly reptiles it is a case of survival of the fittest.

This morning, as we drove somewhere around around Katampe extension, FCT Abuja myself sighted a young man dragging a very long reptile to the security house of the community.

Since this had been a peaceful resident, why the hunt for it? This might be your question. The answer: it is appointed onto one to die. (The cause of death not stated). So it was its time to die last night.

ALSO READ:  See Photos Of The Big Python A Nigerian Man Caught Alive In The North-East

Before we got ready to leave, behold, that, which we saw as a long reptile had become a delicacy! In short, as I am typing this, my pepper induced tears are already dropping as I sip the alụ eke pepper soup.” 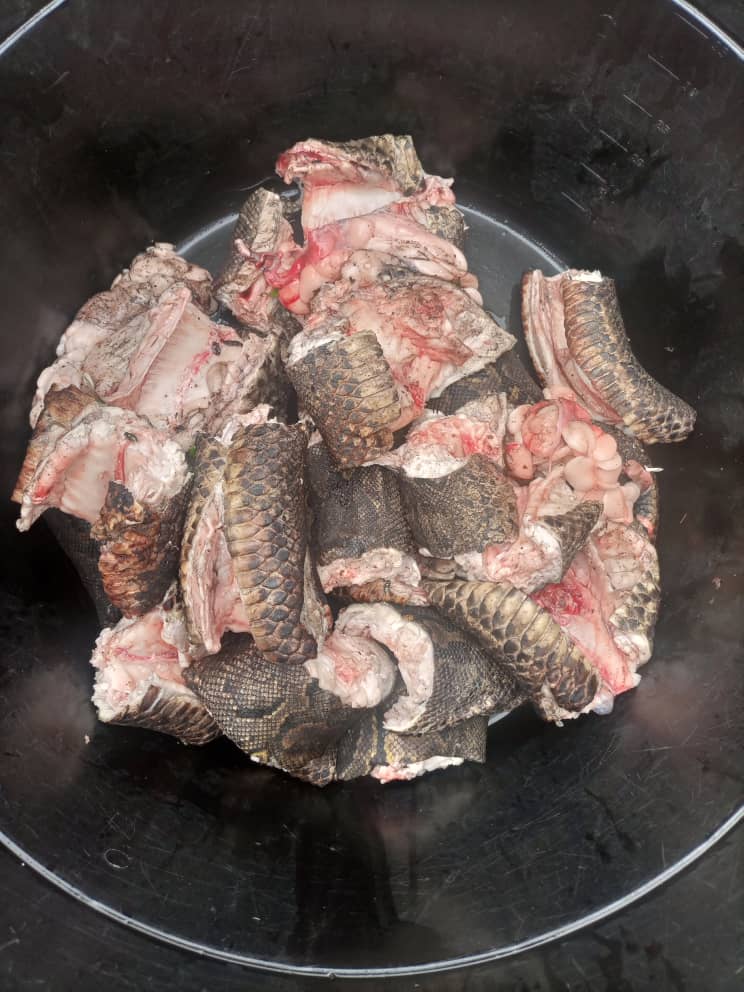 Lady, Her 6 Kids Escape Being Strangled To Death By Big Python (Video) 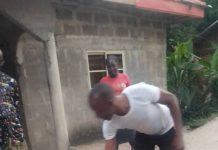 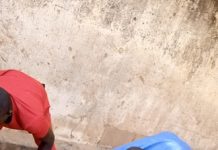 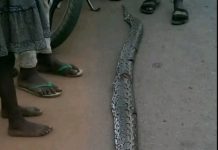 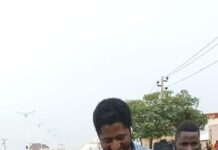