Odumeje has slam Chris Okotie for condemning TB Joshua by saying that when he look at him, he sees that he is possessed, further urged him to stop talking ill of TB Joshua. 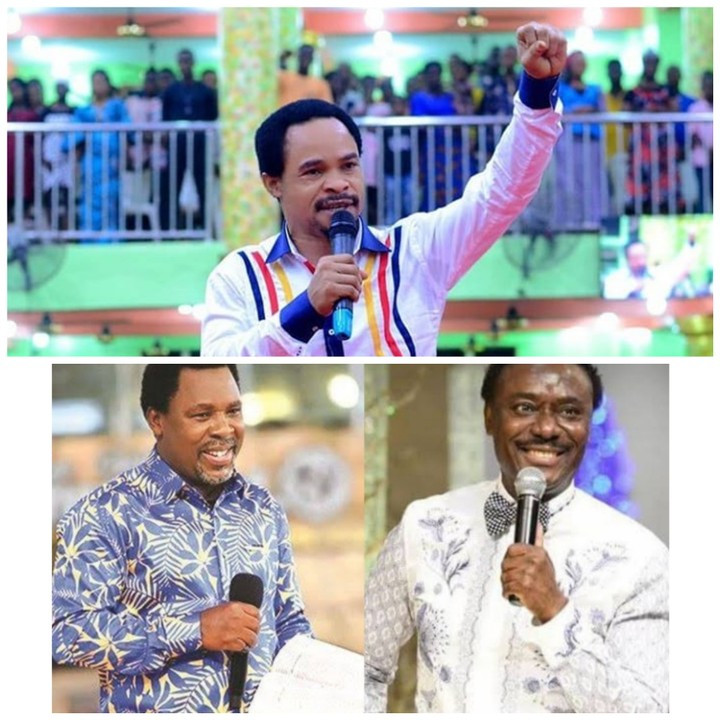 Anambra-based clergyman, Prophet Odumeje, has issued a stern warning to his colleague in the Ministry, Pastor Chris Okotie, to desist from speaking ill of the founder of the Synagogue Church of All Nations, Prophet TB Joshua who died in June this year.

The warning comes two weeks after Okotie released a video in which he condemned Joshua, describing him as a false prophet, sorcerer, and one who wanted to assume the place of God on earth. He minced no words when he took on the deceased clergyman, pointing out what he claims as patterns to show that he, Joshua, was a “fake man of God.”

Okotie’s submission drew reactions from many persons who felt it was in poor taste for him to speak ill of a person who is dead and has been buried.

Speaking during his sermon in his church this morning, Odumeje slammed Okotie for speaking ill of Joshua and not allowing him to rest in peace. He said Okotie with his ill comment doesn’t want the family of the deceased man of God to mourn him in peace.

He said Okotie is suffering from ‘insanity’ for even saying he wanted to rule Nigeria.

When I see you saying you want to rule Nigeria, I see that you are suffering from insanity,. You need a dirty slap to correct your senses.”

Still addressing Okotie, Odumeje mentioned that he doesn’t reply to people with stories but with “deadly spiritual weapons.”

He called on the Christian community to call Okotie to order to desist from speaking ill against Joshua.

Below is the video: 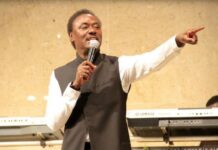 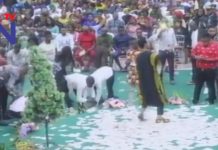 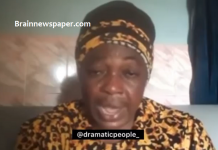 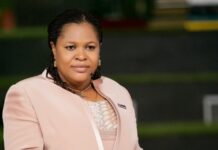 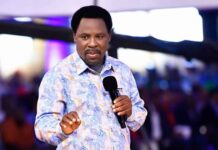 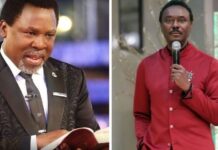