The housemate is being condemned for being indecent. 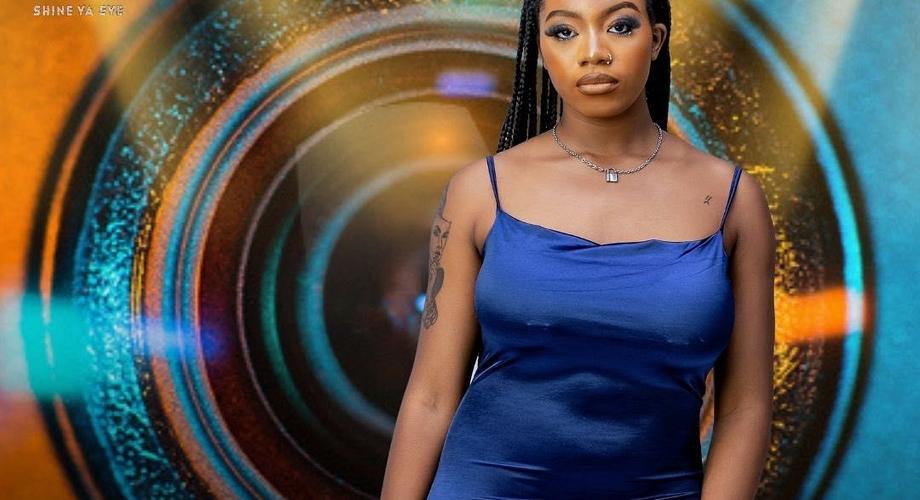 ‘Shine Ya Eye’ housemate has sparked fresh Twitter controversy with a new video of her currently making the rounds.

In the viral video, the 21-year-old housemate is caught on camera intentionally flashing her pubic area with housemates present.

Expectedly, Angel’s display did not sit well with some fans of the show hence the ongoing argument between her fans and new critics.

Check out some tweets: 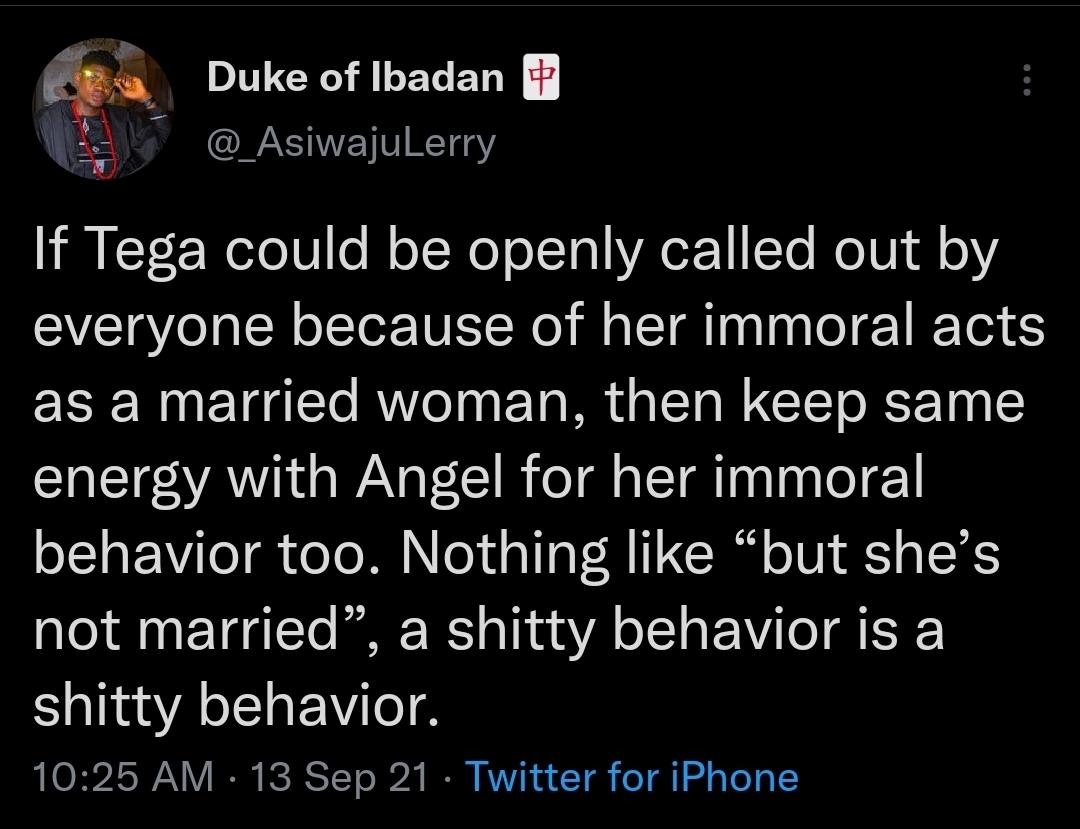 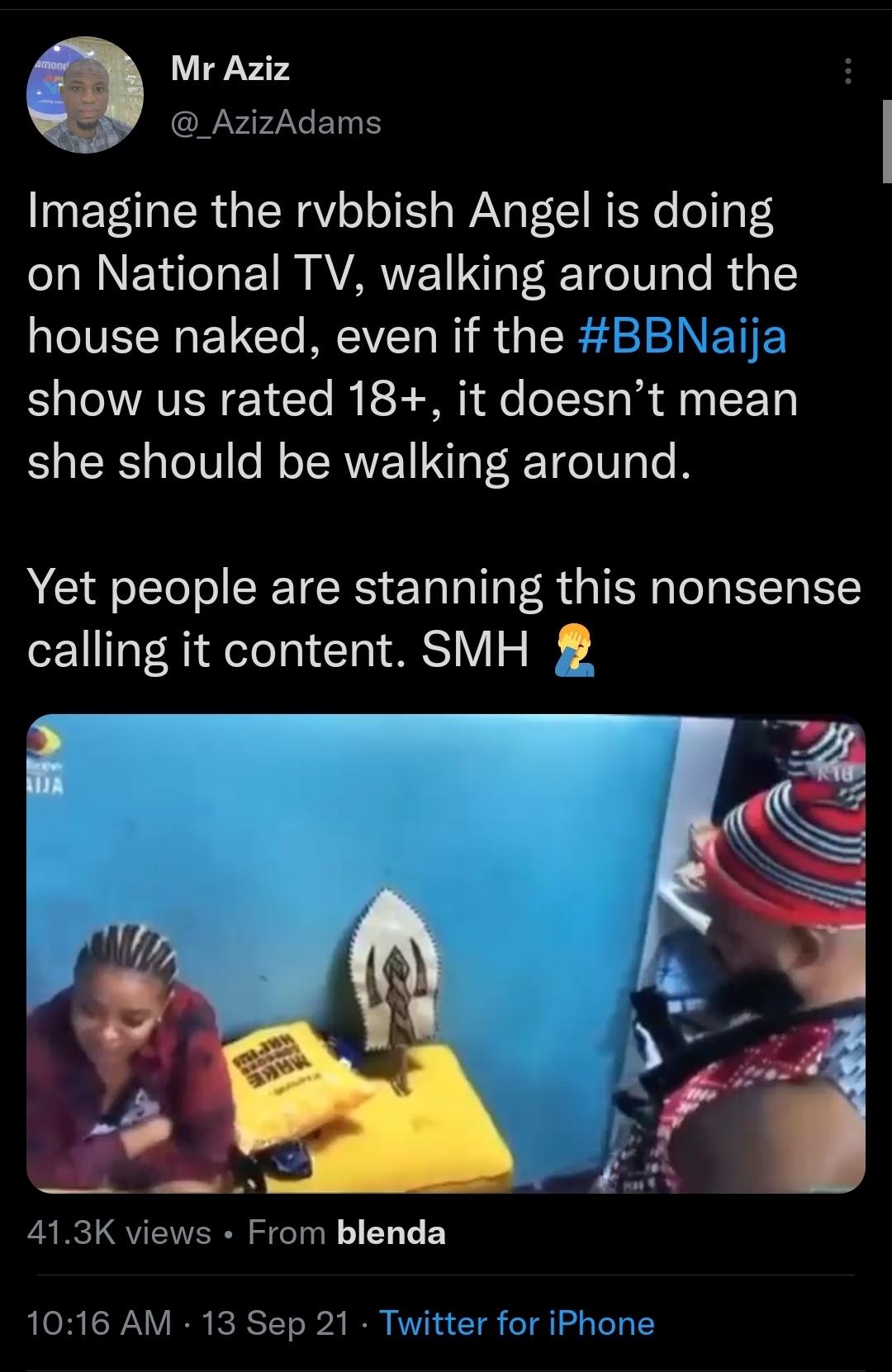 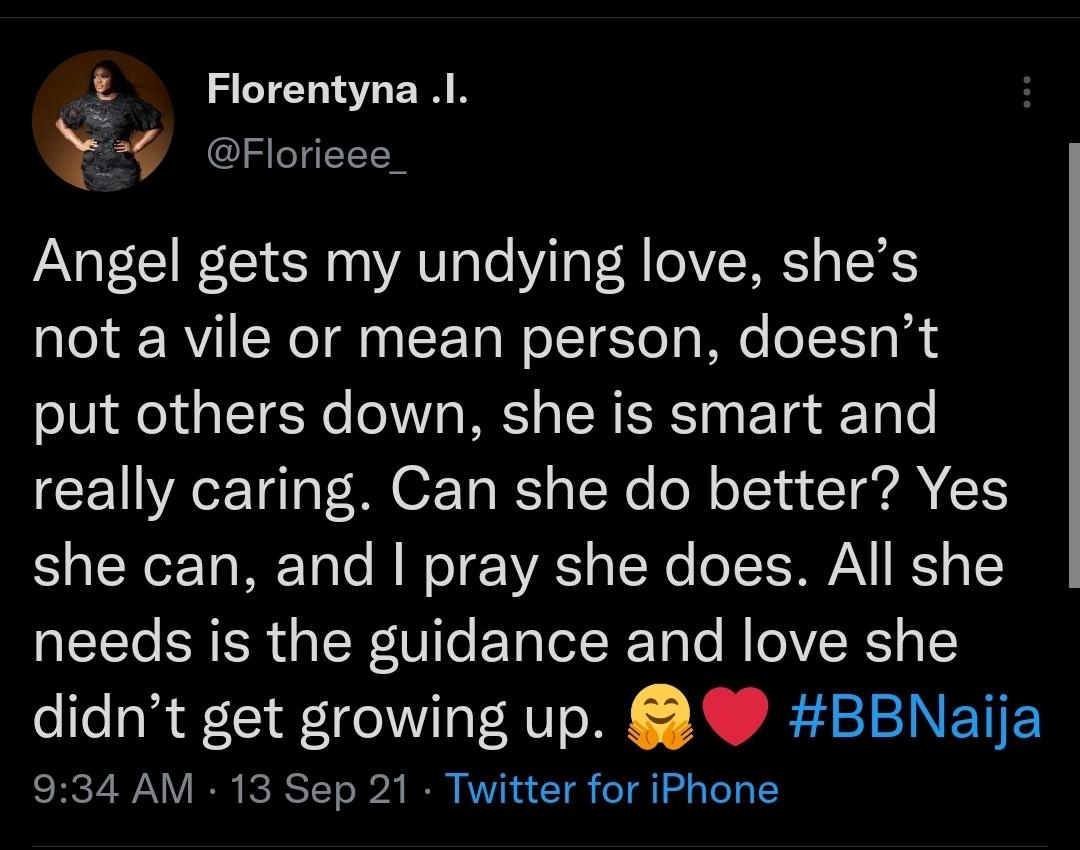 Reacting to the viral video, Angel’s social media handler shared a video of a man in a court dock singing an apology for his offence.

This will not be the first time the housemate has sparked controversy with how she brandishes her body in the house. In the past weeks, female housemates had gossipped about Angel and at some point encouraging slutshaming.

Housemates like Niyi Lawal also revealed during his exit interview that he had to warn the housemate about evading his privacy during shower times.

Politics Brainnews - September 17, 2021
0
Femi Fani-Kayode has said that President Buhari is a man one can work with following his defection into All Progressive Congress, APC on Thursday. Former...

Celebrities Brainnews - September 17, 2021
0
Nollywood veteran actor, Chinwetalu Agu has been spotted wearing a Biafran outfit. Chinwetalu Agu is one of the most sort after actor in the Nollywood...

Brainnewspaper is your one stop portal for the latest, breaking and trending news stories and articles you love to read.
Contact us: Brainnewspaper@gmail.com

JUST IN: Igboho Against Yoruba Nation Protest, Rally For Now –...

President Buhari Is A Man One Can Work With – Femi...