Nigerian actor, Yul has said that he is no longer known just as Pete Edochie’s son.

Nollywood star, Yul Edochie last weekend said he is no longer known just as Pete Edochie’s son because of the success he has achieved in his career.

He also stunned his fans when he disclosed that he, at a time, wanted to drop his surname, Edochie, in order to make a name for himself.

Yul, who made the disclosure at the Life Continental Beer’s socio-cultural discourse with the theme, “Bringing Home the Glory: A toast to Progress and Success” in Enugu, said he attended several auditions from Enugu to Lagos without success at the early stages of his career.

“I got admission into the University of Port Harcourt in 1998. By that time, my father was already big in the industry. I had options of studying any other course and grow under his wings. But first, I decided to study Theatre Arts. I graduated in 2003 and did my National Youth Service Corps in 2004/2005. From then, I started hustling and my journey started from here in Enugu. There were times I would board night bus from Enugu to Lagos just to attend some auditions that didn’t work. They would not choose me and I would come back. But I was happy that I was chosen for those auditions despite not making it to locations.

“I knew my father had made a name for himself. But I said I would not ride under his wings. I would make my own name. So, I gave myself time.

“At a time, I even said I was going to change my name and that I was going to remove the Edochie. I wanted to take it out, so that people would see me as Yul, graduate of Theatre Arts, who wanted to make a name for himself. I started from the scratch.

“I gave myself 10 years to see where I would be. (I told myself) That this man (Pete) has made his name, I need to make my own name too. By the special grace of God, I think I have done that. Sixteen years after, I’m no longer known as Pete Edochie’s son. I’m known as Yul Edochie. I excelled and still excelling in Nollywood.

“I’m not here to campaign. I’m here to talk about the hard work of Ndigbo, the consistency and progress. That’s what ‘Life is’ is stands for.”

Yul’s father and one of Nigerian’s most celebrated veteran thespians, Pete Edochie, who also featured in the TVC said, “I am delighted to be a part of this era defining celebration of the East by Life Beer. No matter who we are and how far from home we travel in our respective quest to attain success, the greatest reward can be found in coming back home to celebrate your wins and pave the way for others to also achieve progress and success.” 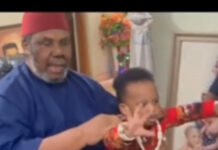 Why I Married A Second Wife – Yul Edochie 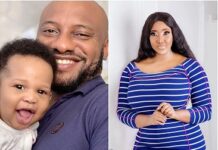 Yul Edochie Threatens To Open Up Over Second Wife

I’ve Right To Marry As Many Wives As Possible – Actor, Yul Edochie