Davido In Trouble Because Of The “EndSars 2020”

The music star says he had to leave the country because of his involvement in the protest that rocked the country. 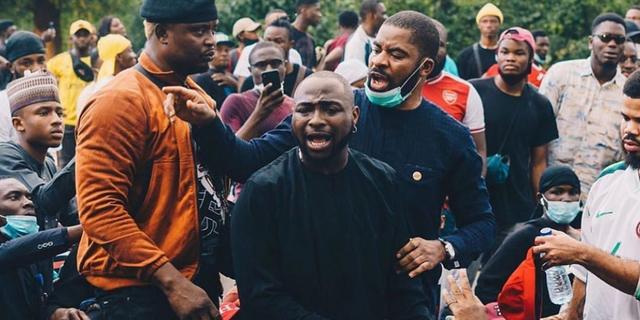 Davido didn’t just protest as he helped secure the release of some of the protesters who had been arrested by the police authority. [Instagram/TheDavidoDailyShow]

Nigerian music star Davido has revealed how he got into trouble with the Nigerian government during the #EndSars protest in 2020.

The singer made this known during his guest appearance at Trevor Noah‘s ‘The Daily Show.’

Noah asked the music star how his song ‘Fem‘ became the anthem for the movement even though the song wasn’t recorded for the protest.

“It was amazing to see people come out like that. I’ll tell you this, they listened, they heard us. They might have changed nothing but they were shocked.” 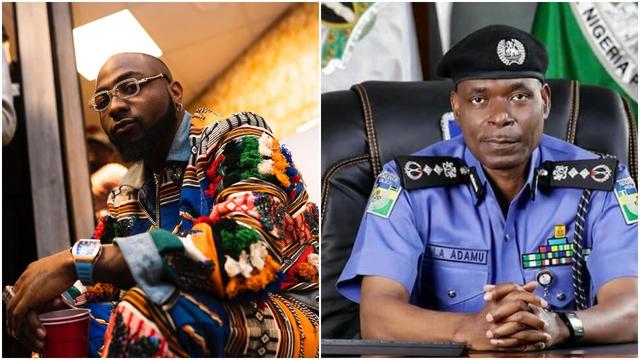 Davido met with the then IG of Police, Mohammed Adumu on Monday October 12, 2020. [Instagram/DavidoOfficial] [PremiumTimes]

Davido was one of the celebrities who led the #Endsars protest in 2020.

He didn’t just protest as he helped secure the release of some of the protesters who had been arrested by the police authority.

The music star joined the list of celebrities who came out to lead or join the #EndSars protests across the country and abroad.

Newspaper Headlines Brainnews - October 20, 2021
0
Combined Ground And Air Assault Neutralizes Over 50 Bandits In Kaduna Over 50 bandits have been killed during a combined ground and air assault in...

SAD! How 3 Traditional Rulers Were Killed As Gunmen Open Fire At Meeting In...

How Security Guard Conspired With Criminal Gang To Attack And Rob His Employer In...

Crime Brainnews - October 20, 2021
0
It has been revealed how security guard conspired with criminal gang to attacked and rob his employer in Adamawa State. Operatives of the Adamawa State...

Politics Brainnews - October 20, 2021
0
Kaduna State Government is set to bar unvaccinated civil servants from offices in the State. Kaduna civil servants who are yet to be vaccinated for...

SAD! How 3 Traditional Rulers Were Killed As Gunmen Open Fire...

How Security Guard Conspired With Criminal Gang To Attack And Rob...