Alao Abiodun has written on the seven key highlights from the Lagos White Paper on #EndSARS Panel Report.

Mixed reactions have trailed the White Paper on the Judicial Panel of Inquiry report set up to probe the Lekki Toll Gate October 20, 2020 incident.

The Nation reports Governor Babajide Sanwo-Olu inaugurated the judicial panel headed by Justice Doris Okuwobi to investigate petitions on police brutality in the state and alleged shootings of protesters on October 20, 2020.

On November 15, the panel submitted two reports — one on police brutality cases and another on the Lekki incident investigation.

Following the submission of the panel’s report, Sanwo-Olu constituted a four-member committee to come up with a white paper on the recommendations of the panel.

In the 24-page document exclusively obtained by The Nation, the State Government disclosed that out of the 32 recommendations made by the Judicial Panel of Inquiry in its Report of 15th November 2021, Government accepted eleven (11), rejected one (1) and accepted 6 (six) with modifications.

According to it: “Fourteen (14) recommendations fall outside the powers of Lagos State government and will be forwarded to the Federal Government for consideration.”

Here are key highlights from the White Paper;

1. The findings of the Judicial Panel of Inquiry that nine (9) people died at LTG on October 20, 2020, from gunshots fired by the military were based on ‘assumptions’ and ‘speculations’.

2. The inconsistencies and contradictions in the entire Judicial Panel of Inquiry report concerning the number of persons who died at the Toll Gate on October 20, 2020 and the cause of death, rendered the judicial panel’s findings and conclusions thereon as totally unreliable and therefore unacceptable.

According to the government: “The only victim of gunshot injury from LTG was picked up at 7:43pm on 21st October 2020 after the curfew commenced (see page 99). Furthermore, there was no shred of evidence regarding who shot him.”

3. On the panel’s recommendation that disciplinary actions be taken against officers including Col. S.O. Bello and Major- General Godwin Umelo, who refused to honour the summons of the panel to frustrate the investigation, the State Government as indicated in the White Paper, said it would also forward the recommendation to the Federal Government and the NEC as well as the Nigerian Army for their consideration.

4. In the recommendation made by the judicial panel that the Lekki Toll Plaza be made a memorial site for the EndSARS protest by renaming to “EndSARS TOLLGATE,” the Lagos State government said it would rather designate a park in the state and name it “Peace Park.”

5. In response to the panel’s recommendation that October 20 of every year should be made Toll free day at the Lekki tollgate as long as the tollgate exists, the Lagos State government said in the spirit of healing and reconciliation, it would accept the recommendation but it cannot declare the day as ‘ENDSARS DAY’ because the State has no powers to declare a national day, but the recommendation would be forwarded to the Federal Government.

7. The State Government commended all medical personnel and hospitals that treated citizens who suffered injuries during the protest. It stated that it would continue to engage youths through dialogue and other programmes including Youth/Police Dialogue, Youth Peaceful Conflict Resolution Programme. The State also noted that it would take appropriate legislative actions to establish a standing human rights committee. 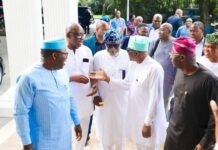 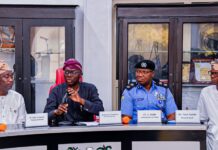 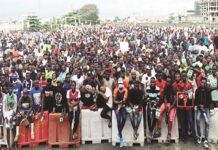 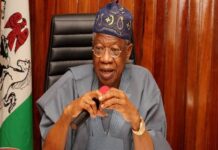 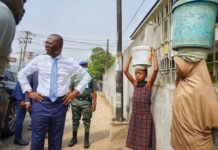