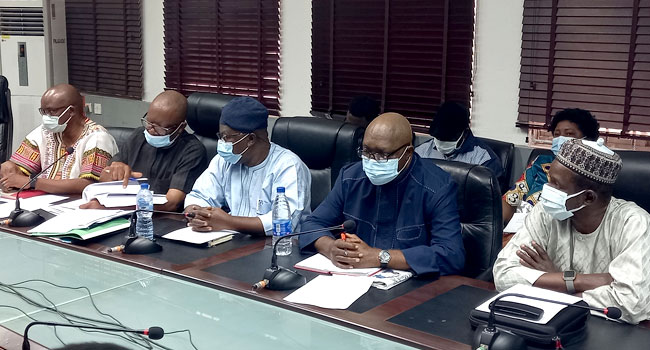 The Federal Government and the Academic Staff Union of Universities, ASUU are set to meet on Thursday over strike.

According to Premium Times, the Minister of Labour and Employment, Chris Ngige, has said contrary to insinuations that the federal government was not engaging with the Academic Staff Union of Universities (ASUU), there have been a series of meetings between all parties with the next one coming up on Thursday.

Mr Ngige stated this while speaking with the State House correspondents after the meeting of the Federal Executive Council (FEC) on Wednesday in Abuja.

ASUU has been on strike since February

Some of the lecturers’ demands include the revitalisation of public universities, earned allowance, improved funding of state universities, and promotion arrears.

Others are the replacement of the Integrated Personnel Payroll Information System (IPPIS) with its own University Transparency and Accountability Solution (UTAS) in the payment of emoluments to its member.

The Minister dismissed the insinuation that the federal government was planning to introduce different salary payment platforms for the trade unions in tertiary institutions.

The Academic Staff Union of Universities (ASUU) had insisted on the University Transparency and Accountability Solution (UTAS) it created, claiming that the Integrated Payroll and Personnel Information System (IPPIS) was shortchanging them.

ALSO READ:  ASUU: No Agreement Yet To Suspend Strike

Mr Ngige, however, said: “No employee or worker can dictate to his employer how he or she will be paid.’’

He assured that efforts were on towards resolving the ongoing face-off between the government and ASUU as well as other university-based unions over payment platforms.